After playing Hasbro’s Monopoly Millionaire board game, I decided to write a review and share with you what I think

children as well as adults can learn playing this game.  Now there might be the tendency to think that this game is the same as your regular monopoly game, however, it is not. As such, I encourage you to read the rules carefully before you and your family get the fun started.

In this review, I’ll describe to you how the game works, what I love about it, what others are saying about the game, the minor drawbacks and a few things that stood out to me after playing this game. By the end of this review, you should have a good idea as to whether or not this game is the fun and educational game it’s cracked up to be.

Available on Amazon.com, this Monopoly Millionaire game, is considered to be fun and educational, and playing it was actually a great way to keep my nieces and nephews entertained, while their parents were out to dinner.

My Experience With Monopoly Millionaire

When they (my nieces and nephew) asked me to play the game, the first question I asked them was “Did you read the rules?” Ages nine to thirteen, of course they said yes. Sure enough they did, but I don’t think they read all of it, so while playing the game based on the knowledge they shared with me, I thought I’d check out the rules ever so often as play went on, to ensure we were playing the game the way it was intended to be played.

In contrast to the regular monopoly game, Monopoly Millionaire has no banker. As such, while perusing the rules, the first thing I discovered is that we were robbing the bank when we were purchasing and auctioning property. Not good. Serves me right for trusting a nine, an eleven, and a thirteen year old, to read game rules right?

Okay, so they did not remember every single rule and I don’t know if they read all of the rules, but there was significant evidence to suggest that they did read most of the rules. So I have to give them props. 🙂

After my little discovery and informing them of our infraction and what we should have been doing and why, the consensus was to scrap the current game we were playing and start a fresh one. As a result, monies were returned to the bank except for what we needed to start the game with. We reshuffled the fortune, chance, and millionaire cards and placed each set in their respective places on the board. Our tokens were back to “Start/Go”. Armed with new knowledge, our new game began.

A Summary of How Monopoly Millionaire Works

The Millionaire Monopoly game is recommended for players, ages 8+ and is limited to 2 to 4 players. Like your basic monopoly game, each player starts off with an equal amount of money. However, we’re not talking small money here but hundreds of thousands of dollars, $372K to be exact. Yep. How’s that for a salary?

There are Fortune, Chance, and Millionaire Lifestyle Cards. The Fortune cards are placed faced down on each one of the properties on the board and represent exactly that, an opportunity for someone, to get a “fortune.” Once you land on any property, you carry out the instructions of the Fortune Card and you also have a choice to purchase the property you landed on or auction it if you don’t want to purchase it. If you decide to auction it, you can bid on it as well.

If however, the property you landed on is already occupied, then you have to pay the owner rent, which by the way is not cheap! After all, the game is Millionaire Monopoly. The same rule applies to erecting houses and hotels on your property, and that is you need to own all in the set before building and the Chance cards work the same way as in the regular monopoly game.

Additionally, there are three levels/statuses. You start off on the first level and you can upgrade your status as you pass “Go”. Upgrading brings with it, an increase in salary (as you pass “Go”), as well as other benefits related to the Millionaire Lifestyle Cards. The movers come in three sizes, which you change when you upgrade your status. The first person to amass one million dollars wins the game!

One of my nieces was playing with the airplane token which as I mentioned, comes in three different sizes. However, this first level airplane token is so small, that we had to be constantly scanning the board to find it (lol). At first it was fun, but I think she got a little frustrated with it after a while. This is not such a big deal though.

The second thing I did not appreciate was the Fortune Cards that allow a player to take another player’s property away for no valid reason. Now there are a number of Fortune Cards but this one in particular was a bit scary for me for two reasons:

Overall, these are not the kind of ideas you want propagated into young mold-able minds.

What Others Think About Hasbro’s Monopoly Millionaire Board Game

While there were more five star ratings for the game, the average customer rating was 4 stars, with the majority of individuals stating that they enjoyed the game better than the regular monopoly game and the rating for fun and educational categories got top ratings; 4 and 5 stars.

Well, this just goes to show that you can’t always please everyone, right?

What I Liked About The Game (Benefits)

Personally, I think Millionaire Monopoly it’s a great investment for family fun. The game caters for the age group 8+ and 2 to 4 players and can definitely help with improving math skills. However, as previously mentioned, this is not your regular monopoly game, but if used wisely can introduce children, and likewise adults, to negotiation skills, and business development strategies, among other things, if the game is played regularly enough.

As play went on, sometimes I would deliberately stay out of the auctioning of property, just to observe how they would handle the negotiations amongst themselves and I’d step in just to guide once I thought they going a bit off course.

On their way to becoming a millionaire, my nieces and nephew learned a bit about mortgages, they got to buy property they wanted and auction the property they did not want, collect huge sums of money for passing GO, and rent when someone landed on their property and of course the opportunity to invest in themselves to upgrade their status to possibly make more money. Of course they absolutely loved that part of it. Then again, who wouldn’t?

To be the first to have that one million and win the game, they had to pay attention to what they were doing. As such, apart from using their math skills, they also needed to employ other skills such as listening, communication, decision making, money management, think about risk and reward and come up with possible strategies to try to win, by making deals, auctioning property, or taking that risk and investing in their properties.

Sometimes we think that these are just games and we might not even think that we can learn anything from them. But I realize that playing this game has some real life application. I’ll share five of them with you. Check out the following:

#1. You have to take risks at times to reap the rewards.

For example, my nephew took risks, some of which paid off and some of which did not. But the important thing is learning what worked and what did not. Certain properties he thought were worth the risk because of the potential rewards. This could mean trying something new for the first time, like having an online business. Small risks, but huge rewards.

Sometimes the strategies they used while playing the game did not always pay off, but they learned from that and kept moving forward. Real life application? Use failure as a spring board to do things differently to bring about that success you are going after.

#3. Believing in your ability to succeed is important.

This means you have to keep going, despite the setbacks. One of my nieces was nine years old when we first played the game. Despite the fact that she did not win at the beginning that fact merely encouraged her to continue to play, since her mindset was that she could in fact win at some point.

#4. Investing in yourself is a risk worth taking.

While playing the game, my nieces and nephews invested in themselves and upgraded their statuses. Making that move allowed them to reap more rewards; higher salary when passing GO, and additional benefits from Millionaire Lifestyle and Fortune Cards. When was the last time you invested in yourself, towards achieving your goals, financially or otherwise?

Do you “think” you can become a millionaire? If you tell yourself no, then… that’s what you think,and if that’s how you think, then you won’t do anything to achieve financial goals since you most likely won’t set any.

So my question to you is “Why not get into the habit of thinking in terms of financial independence?” Set a few specific financial goals and work towards achieving those goals. Starting your very own online business can definitely help you achieve financial independence, once you are willing to put in the required effort.

As you can see, the games we play are not always just games but could sometimes be a great educational tool when we least expect it.

How To Cure Tinnitus Naturally 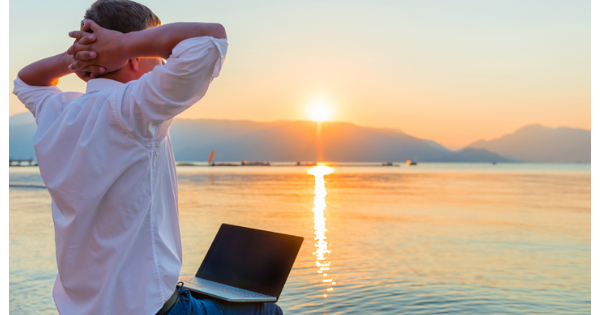 How To Make Money Online

The SendEarnings Reviews: It Just Might Keep You Waiting in Vain